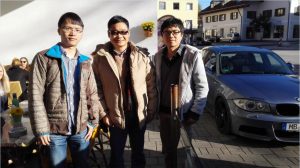 Liu Junwen and Liu Fobang (刘俊文、刘佛傍）, the two budies visited me at Miesbach, Germany on October 25-26, when I was travelling in Germany for a management training course from Oct 11-Oct 31. We had coffees togethere sitting around the corner of the small railway station of Miesbach, by the Alps mountain. Junwen was with Szidat in Bern, Swiss, and Fobang has been with Ulrich in Mainze, Germany. They took train to Miesbach for the short but memorable meeting proving that-this is a small world. 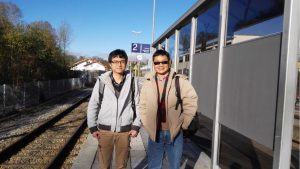 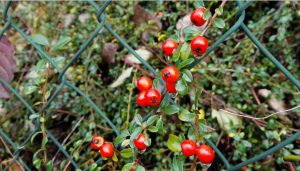